Welcome back all to our Tip top Friday tip of the week. This week’s tip is regarding cleaning what has been deemed a girls best friend Diamonds. Below are some suggestions on cleaning this alluring and precious stone.

Diamonds
Diamonds may be a girl’s best friend, but they still need some love and attention to maintain that relationship. A simple home made cleaning solution can be created to bring all the sparkle back in this hard yet precious stone.

-3parts Warm water
Once the solution is created, your diamond should be soaked for 20 minutes in the solution then Gently scrubbed with a soft-bristle toothbrush. The initial soaking helps get the solution into the small hard to reach areas between the diamond and the setting it maybe in.

The next step is to remove from solution and rinse with warm water, then dry and polish with a lint free cloth. If diamonds are set in platinum, this method will also bring shine back to the setting. Avoid contact with chlorinated pools or household cleaning products containing chlorine bleach because they may discolor the mounting.

In recent years, there has been explosive growth in popularity of white metals. Over the last decade alone (particularly white gold and silver) a unique opportunity was created for palladium jewelry. Palladium is unique since it offers a more radiant white than white gold, as well as many of the desired characteristics of platinum without platinum’s spot price; which has experienced a decrease in U.S. sales as it exceeded the $1,500 mark. This recent sales trend has been strongest among the new generation of fine jewelry consumers,  73% of 18 – 24 year old adults prefer white jewelry compared to 40% in the 25 and over group.

Currently, palladium has stabilized at around $700/oz  making it irresistible even to white gold jewelry buyers.
Palladium and platinum are interchangeable in many applications as they are both noble metals with similar characteristics and usually derived from the same mines. Both share the lustrous beauty, strength and durability that have been the hallmarks of this metal class.

Although a member of the platinum family, this metal though well know in the world of jewelers, has its fair share of myths and misconceptions and the biggest one of all is that Palladium is the “poor man’s platinum.”  Unbeknownst to all palladium is rarer than gold and a member in full standing of the platinum family. Like platinum, it offers higher purity and whiter color than white gold. Last, it is nickel free and hypo-allergenic, needs no transitory rhodium plating to give it the final color, and can be cast and soldered. If anything, it’s the only answer to the dilemma of white gold for those who can only afford gold. So it would be much more accurate to call palladium the “rich man’s white gold.”

An example of finished Palladium and diamond ring. 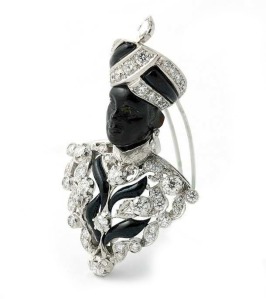 Whats a Nardi you ask? Well Nardi is actually a very famous italian jewelry brand named after a jeweler by the name of Giulio Nardi. This jeweler became famous  in the 1930’s, and was primarily know for his brooches  amongst other things.  His artistic genius and a love of creating exotic pieces led Nardi to reinterpret one of the best loved and most famous Venetian icons: the Moretto (Black Moor), as an onyx figure with a gem encrusted turban. This iconic piece made the Nardi brand world famous, its unique blend of varying colored stones coupled with the onyx made this brands image like no other.

Almost all the jewelry made by Nardi is in one way or another rooted back into the roots of Venice and the Moretto its most famous for is no exception. At the peak of this brands time, Venitian high society loved and adored the brand so much that it gained international recognition drawing the attention of celebrities from around the world and was worn by the likes of Liz Taylor, Grace Kelly, Ernest Hemingway, Arthur Rubinstein, Princess Paola of Liège.

I personally love brands such as Nardi, its uniqueness and craftsmanship is what has been integral in keeping jewelry in its pure art form. Its not often that we see expressive pieces of jewelry such as the these and when we do, its worth spending the time or money in its appreciation. 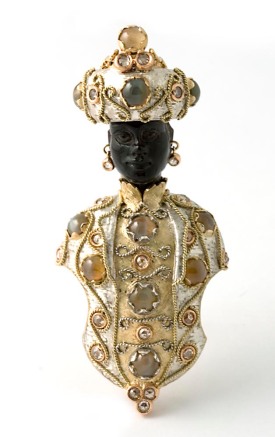 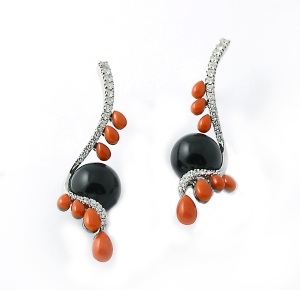 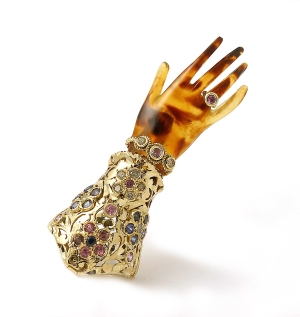 All the pieces and more can be viewed on their site by simply clicking here. 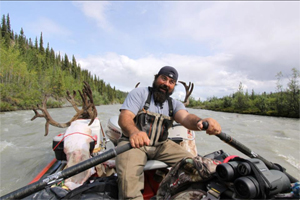 Spencer earlier in the trip.

This story is one that happened a few months ago, but it still unbelievable that a watch, a Breitling at that,  could have made all of the difference and became a life saving device. It all happened during a hunting trip with Mark Spencer and his two friends in the Alaskan wilderness. After embarking on their 10 day trip, within a few hours they came into some difficulty moving upstream to their camp site. Noticing their difficulty and recalling seeing a group of hunters a few hours back, they decided to turn around and get some help.  Spencer, while on his way down decided to let his friends set up camp on the side of the river as he went alone to look for the hunters they passsed along their way up stream.  5hrs after and with no site of the hunters, Spencer came into some even greater difficulty when his boat got caught by the current and pulled into the bridge abutment that, somehow, tore a hole in the cataraft.

“These boats are very durable. I never in a million years would have guessed it would have ripped,” he said.

After being soaked to the bone with the river’s icy 38-degree water, the hunter was forced to start hiking and opted to set off the Emergency Locator Transmitter (ELT) on his Breitling watch. Which im sure he was very happy to buy a in 2008 for a handsome sum of $5500. This Breitling, is equipped with a micro-transmitter that broadcasts on the 121.5 MHz aircraft emergency frequency and is activated by simply unscrewing a protective cap and extending a short antenna. The signal broadcasts for about 48 hours and can be heard as far away as 100 miles.

Fortunately for Spencer, about seven hours later, a Blackhawk helicopter rescue crew, picked up the signal and was able to pinpoint his location,eventually lifted him to safety. The timepiece proved to be even more accurate than a hand-held Personal Locator Beacon (PLB) that Spencer had; the PLB was pointing the search team to a location four miles away.

Physically fine, as are his two friends. The group, which was permitted to hunt an assortment of wild animals, managed to bag two large male caribou despite their trip being cut short.

“When I go out in the backcountry, I always think safety,” he said, which is why he chooses to wear his Emergency Mission watch. “You can lose a bag but if it’s on your wrist unless a bear takes your hand off, chances are you are not going to lose your watch.

“It exponentially improves your chances of making it out alive.”

Interested in purchasing it you can simply go here.

Yet again a marketing success story for Paris-based jeweler Cartier is in the midst as they debut their latest youtube video of their ”Winter Tale” campaign.  Although only being on the site for 4weeks, the video has been viewed nearly 3.5million times. The 1-minute, 45-second video, shows two panther cubs playing hide and seek in the snow amid some of Cartier’s watches, bracelets, rings and other gifts, which are packaged in the brand’s signature  brilliant red box. Some of the items in the video are part of various collections which make up their winter tale.

I must admit, it is a video that involved alot thought and creativity. It trully highlights the brands image and reinforces the message that Cartier has been portraying for over 165yrs.

According to experts at New York-based digital think tank L2, L’Odysée contributed greatly to enhancing the iconic brand’s social media presence, increasing its Facebook fan base by 61 percent, YouTube subscribers by 150 percent and unique visitor traffic to Cartier.com by 18 percent.

Below are some of the items featured for the winter tale. 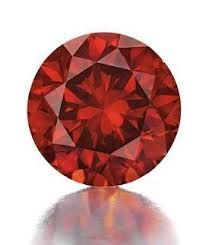 Although not an actual image size wise at least, this rock is one of the rarest and largest red diamonds put up for auction. This blockbuster rock boasts rare symmetry and polish. With a a whopping 3.15 cts, this circular-cut reddish orange diamond is the largest of its kind to be graded by the GIA. From their estimates, this bad boy can go for anywhere between $700k to 1.2mil. As of the time that this diamond was graded, it actually went for about twice the estimated amount ($2.1 mil), which is over $600k per carat. This price highlight expresses the true rarity of a stone of this size.

This rarity of this diamond is achieved through its intense color and large size. Its high saturation and blend of shades of red and orange is considered by many jewelry experts as one of the rarest of all fancy colored diamonds.  This reddish color combination is so rare that very few larger than one carat are known to exist and the largest that is know 5.03ct is owned  and on display at the Smithsonian in D.C.  Their natural occurring color phenomenon is one that is not too clear, but its thought that this occurs when an extremely small quantity of nitrogen or hydrogen are present when the diamond’s crystal lattice (structure) is forming deep within the earth’s crust. 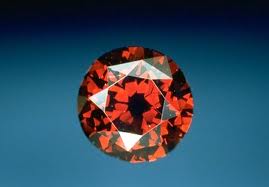 The de Young 5.03ct red diamond currently on display at the Smithsonian.

Happy friday all, while were patiently waiting for the day to go by and finally leave our workstations. I’ve managed to put together some cleaning tips regarding metal jewelry for our tip of the week!

Here is the Tip top Friday jewelry tip of the week!

Gold
Gold needs to be soaked for about 15 minutes in a very easy-to-make solution. 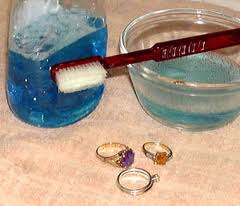 Now with your solution, gently scrub your gold with a soft-bristle toothbrush. Then rinse with warm water and dry with a soft cloth.

Remember to avoid wearing gold earrings in the shower because soap will dull the gold and also avoid wearing them in swimming pools because chlorine can discolor the metal. 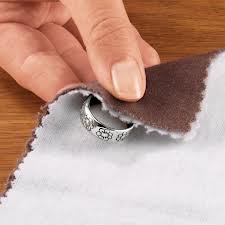 Silver
Silver should be rinsed in warm water and patted dry. If silver jewelry is tarnished, use a silver-polishing cloth or a jar of silver-cleaning fluid. Silver-cleaner won’t harm gold or platinum, but it won’t clean them either.

For jewelry with intricate designs, use a silver-cleaning paste which can get into small crevices. Don’t use a toothbrush or other abrasive cleaners because they will scratch the silver. Wipe with a clean soft cloth.

Silver shouldn’t be worn in pools because the chlorine can cause pitting. Pitting is the erosion or formation of little holes that results from silver touching chlorine.

Hope these simple yet applicable tips were helpful for you.

All About Jewelry!
Create a free website or blog at WordPress.com.